Batchelors Peas is the official partner of Betfred Super League. WhiteNoise Media were approached to support an experiential campaign that would raise awareness of the partnership between these two rugby league sponsors. And what better way to get people’s attention than taking a giant mushy pea can mascot and having them knock rugby balls off three stands in the distance…

We were asked to produce social and press video content to promote the Bachelors Peas sponsorship of the Betfred Super League. We filmed players from the rugby league teams as they competed with our mushy pea mascot – Can Of Steel. We have to say, the whole thing made us very hap-pea.

We provided video coverage of players representing all Betfred Super League teams. Regional videos for each rugby team were produced, plus one hero video to coincide with the sponsorship.

According to Unruly, enjoyment of video ads increases purchase intent by 97% and brand association by 139%, so by generating regular, engaging video content, Aldi can continue to penetrate the UK market and secure brand loyalty. A supermarket that was once in the peripheral area of the industry is now enjoying its place as the 6th biggest chain in the country, overtaking Waitrose.

We used the following platforms to run this campaign 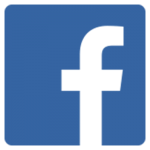 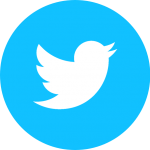